Mining Your Life for Their Profit: A Behind-The-Screens Look at How Internet Giants Sell Your Personal Information.

RadicalCritique.Org | via In These Times | by Susan Douglas | September 29, 2013 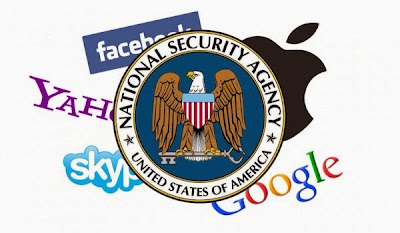 With all the furor over the revelations about the NSA’s spying and its massive overreach in collecting our data, another big spying scandal has gotten less attention: the massive corporate culling—and selling—of our personal information to, basically, other corporations. We now live in the era of Facebook, Twitter, YouTube, Instagram and Foursquare, where millions of us willingly share personal information, rendering old notions of privacy obsolete. And now, many are turning a blind eye as corporations become increasingly cavalier about obtaining the information we don’t actively volunteer. The lengthy, jargon-ridden nature of most sites’ privacy statements means that many people don’t bother to read them before clicking “accept.”

Yes, there have been stories about Facebook and Google collecting and selling our personal information, but mostly on the business pages. How many of us really understand the extent of this? And how much more invasive and creepy is it going to get, given the enormous pressures on a behemoth like Facebook to boost its stock prices after the miserable failure of its IPO?

Google recently argued in a court filing that its users should have “no legitimate expectation of privacy” when sending emails through its system, meaning Google asserts that it can scan and read your emails to better determine what ads might be targeted to you. My mail carrier can’t legally open my personal mail, but Google sure thinks it can. Here’s what Google admits it may be collecting: your mobile phone information, including friends’ phone numbers and how long you talk to them, what you search for and look at online, what physical locations you are at, and the number and kinds of apps you use. In March, Google admitted in a $7 million settlement with 37 states that during its “Street View” mapping project, the cars cruising around cities also secretly vacuumed up passwords, e-mail and even medical and financial records from unsuspecting Wi-Fi users.

Then there’s Facebook. OK, so it may be our own fault if we post that drunken picture from our last vacation. And we probably accept that Facebook mines everything we post—our friendship networks, the links we share, our political beliefs, our “likes” and “dislikes.” But in February, Facebook entered into a deal with four companies that collect data about our spending habits, like what we buy in the drug store and supermarket, our web browsing records, and even divorce and other court and financial records. Facebook can now be privy to activities you never share on the site, allowing them to target just the right ads to you on the totally annoying righthand side of your news feed. The FTC is currently investigating two of the companies Facebook has partnered with, Acxiom and Datalogics, to ascertain just how they collect all their data.

At this point, at least from my own experience, this attempt at targeting is pretty pathetic. I’ve gotten Facebook ads asking me to “Get Today’s Bible Verse” and to take a Carnival Cruise, both of which would rank below “get a root canal” on my list of priorities. I’ve tried to opt out of seeing specific ads on my page, but it’s easier said than done. I’ll have to go to the Electronic Frontier Foundation for step-by-step instructions, which I doubt I can follow.

Privacy experts say many Americans do not appreciate the extent to which they are being tracked and don’t know how to protect themselves from it. While Congress fulminates against the NSA outrage—especially Republicans, who would have adored the program under Bush and Cheney—good luck getting them to pass any legislation that would regulate this corporate data collection.

So what might happen, down the road, when inferences made about you based on the books you buy, the magazines you read and the websites you visit can be used against you for even more nefarious purposes? Irritating you with so-called targeted ads is bad enough; what about when that information can be used to blackball you, fire you or politically persecute you? Have we forgotten how “lists” were used during McCarthyism to ruin people’s careers or the spying on and harassing of activists under the FBI’s Cointelpro? How much more sophisticated can psychological warfare and the smearing of individuals and groups be with access to such data? When will Americans start standing up for our own right to privacy?

*Susan J. Douglas is a professor of communications at the University of Michigan and an In These Times columnist. Her latest book is Enlightened Sexism: The Seductive Message That Feminism's Work is Done (2010).